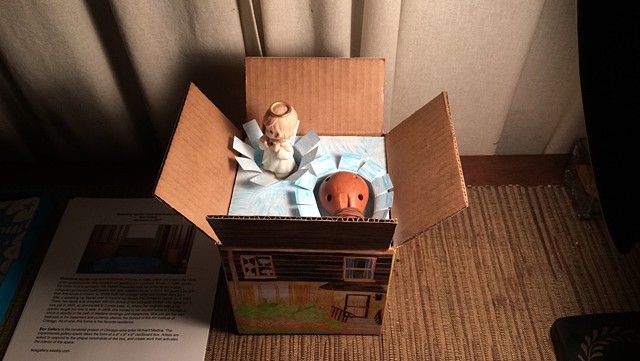 Madeleine Aguilar was born in Phoenix, Arizona, in 1998, where she lived in the home of her grandparents. She moved to an apartment in Lombard, Illinois, in 1999, across the street from a cemetery. Her mother frequently took her to the library to play computer games and build towers with soft, colored blocks. In 2001, her parents bought their first house in Cicero, IL, where both her younger sister and brother were born. After a speeding car flipped over in front of her house, she moved to Lyons, IL, in 2003. There, her family was complete with the arrival of her youngest brother. Her father got a new job in 2004, so she moved to Crystal Lake, IL, where her neighbor with a big garden taught her how to sew. In 2006, she moved to her current home in Chicago, IL, which is directly in the path of airplane landings and departures. She just got her own bedroom in the basement and currently attends the School of the Art Institute of Chicago. As of now, this home is her favorite residence.