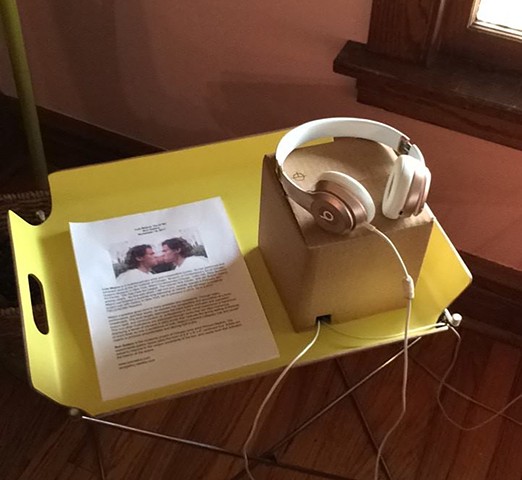 Luis Mejico is a multidisciplinary artist and independent curator. Xe has performed and exhibited work at the Art Institute of Chicago, Museum of Contemporary Art of Chicago, Queens Museum in New York, Mana Contemporary Chicago, Links Hall, Zhou Brothers Art Center, The Oak Park Art League, The Uptown Arts Center, and Jan Brandt Gallery, among others. Xis first solo show, I will hurt you, recently opened in February 2017. Mejico just finished a summer-long fellowship at Oxbow, and will begin a curatorial project with AIR Gallery in New York, set to premiere in 2019. Xe is a 2017 FIELD/WORK Resident.

Mejico’s practice gives form to trans anxieties and excitations. Through video, performance, and fiber works, xe exposes the complexities and absurdities of a body undefinable. The work largely addresses the trans body's confusion and opposition toward itself, and communicates an ambivalence to the carnal experience of transhood. This and other frustrations are addressed through works that are often humorous, displaying a sense of sarcasm in pithy bursts that replicate the jarring feeling of thinking of one's body as only a semblance of truth. Mejico’s practice collapses real and unreal realms to produce uncomfortable and alluring half-truths.